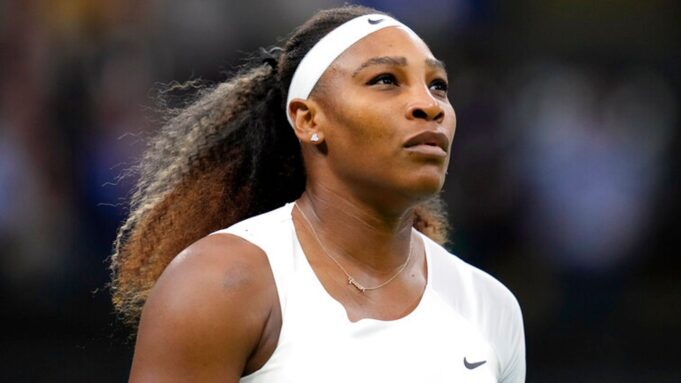 Serena Williams says a big driving factor behind her Wimbledon return was not wanting last year’s painful injury retirement to be her final SW19 memory.

Seven-time champion Williams is set to make her singles comeback at the Grand Slam event, which starts on Monday.

The 40-year-old American tore her hamstring when she slipped during her first-round match almost a year ago.

“It was a lot of motivation, to be honest,” said Williams, who will play France’s Harmony Tan on Tuesday.

Asked about her expectations at Wimbledon, the world number 1,204 said: “I have high goals, but also I don’t know. We’ll see.”

Williams made her return to the WTA Tour at Eastbourne earlier this week, playing in the doubles alongside Tunisia’s Ons Jabeur.

She has not played singles since waving a tearful farewell to Centre Court last year after slipping in the match against Belarus’ Aliaksandra Sasnovich.

“It was always something since the match ended that was always on my mind,” she said. “So it was a tremendous amount of motivation for that.

“You never want any match to end like that. It’s really unfortunate.

“But it was definitely something that’s always been on the top of my mind.”

Until a few weeks ago, when she announced her intention to play Wimbledon, many wondered whether one of the greatest players of all time might have slipped quietly into retirement.

Following her comeback in Eastbourne, Williams expressed that it would be “dishonest” to say she did not have doubts over whether she would play top-level tennis again.

“I didn’t retire. I just needed to heal physically, mentally,” she said at the All England Club on Saturday.

“Obviously Wimbledon is such a great place to be, and it just kind of worked out.”

Williams was among the players who hit on Centre Court this week, following a change of tradition from the All England Club to allow the show court to be used for practice sessions.

She said Friday’s practice with her team was an opportunity to move on mentally from last year’s experience.

“It was good for me to get that out of my system because the last moment I had on Centre Court was probably not my best moment,” she expressed.