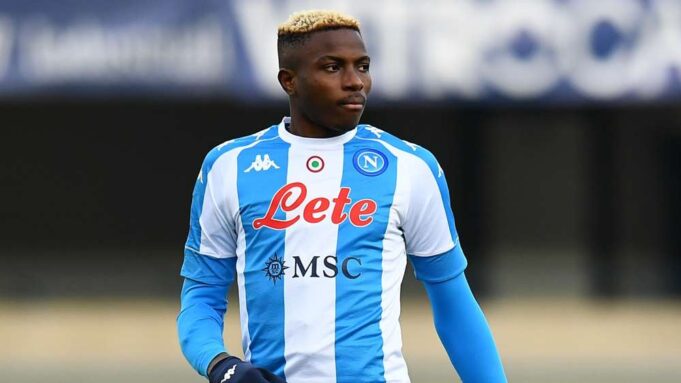 As Gennaro Gattuso made substitution after substitution on Sunday, Victor Osimhen was noticeably unused as Napoli side beat Parma 2-0 at the Diego Armando Maradona Stadium.

The Nigeria star looked on as his manager made four changes against the relegation-threatened side, despite the need to add to their advantage having netted a 32nd-minute opener through Eljif Elmas. In fairness, it’s a bit more nuanced than it seems on first viewing. 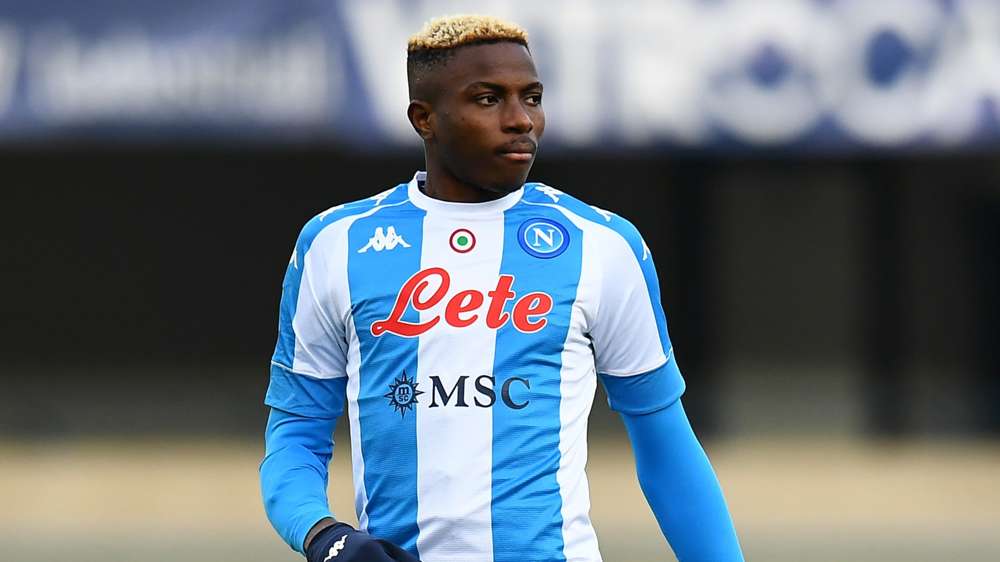 Gli Azzurri were far from their best against the second-bottom side, as they struggled to cope with the visitors’ pressing and intensity at the start of the second half. Interestingly, Gattuso opted against going like-for-like with his first substitution just after the hour, withdrawing the stocky Andrea Petagna for Matteo Politano, scorer of Napoli’s second with seven minutes to play.

In normal circumstances, Osimhen looked to be the ideal replacement given his profile, but the home side’s struggles prompted a different approach from the former AC Milan icon. The subsequent changes saw Tiemoue Bakayoko, Elseid Hysaj and Nikola Maksimovic replace Piotr Zielinski, Mario Rui and Elmas respectively. The Nigerian didn’t get a look-in.

Particularly noteworthy was the final substitution with 13 minutes to play; a centre-back in Maksimovic replacing the forward-thinking Elmas, which indicated how concerned Gattuso was about the visitors from Emilia-Romagna.

“I’m satisfied because we won as a team,” the Napoli boss stated after the 2-0 success. “We faced a tough opponent – a team that always comes to press you and fights for every ball and we responded with the same determination.

“We knew how to dig in and that’s something the team deserves credit for.”

Apart from the last change and subsequent utilisation of the nominal central defender, the deeper positioning of Bakayoko and few forward runs from Hysaj in the final 13 minutes highlights the former Italy international’s logic in leaving Osimhen on the bench for 90 minutes.

The upshot of not playing in Sunday’s victory means the West African has now featured for a total of 45 minutes since recovering from injury and coronavirus, getting 25 minutes in Napoli’s 3-1 Serie A defeat by Hellas Verona and 20 in last week’s 4-2 Coppa Italia win over Spezia.

There’s been an obvious inclination to ease the ex-Lille frontman in after his return, but the flow of the Parma encounter meant the coach had to tweak this plan against the plucky visitors. While there may have been immediate concern over the striker’s non-appearance — especially within the Super Eagles fandom — the broader scheme implies it was a one-off and nothing significant to worry about long-term.

Given the lack of league minutes at the weekend, Gattuso’s line-up will be under the microscope for Wednesday’s Coppa Italia semi-final first-leg clash with Atalanta at Stadio Maradona. There may be raised eyebrows if Osimhen is left out for the fourth game in succession, particularly considering the Naples outfit’s splurge on the attacker last summer.

Still, deciding to leave out the 22-year-old will be understandable owing to a lack of fitness having missed over two months of action, and considering the solutions found by Gattuso in the Nigerian’s absence.

Despite the frustrating inconsistency that still besieges this Azzurri side, they did pick up impressive victories during his layoff; most notably that 4-0 thrashing of Roma and the recent 6-0 hammering of Fiorentina.

Interesting in both games was the choice of central striker by the Napoli boss, who started Dries Mertens down the middle vs Paulo Fonseca’s team but went with the sturdy option of Petagna against the Viola. While both selections weren’t innovative moves by the Italian boss, they were indicative of the team’s MO to not rely solely on their central striker to get results.

The fact only one of the 10 goals in both games, scored by the Belgian, came from the central attacker on the day somewhat emphasises this point with six of the strikes coming from wide forwards.

While this could lead to another bit-part role on Wednesday, Osimhen will relish starting against the same opponents he destroyed in mid-October when he deservedly opened his Serie A account and proved to be a thorn in the Bergamo outfit’s side for large periods of the encounter.

A lot has changed at both clubs since October, however, and the Nigeria frontman now faces a potentially seminal few weeks in a fledgeling Napoli career in the hope of regaining his place as Gattuso’s primary number nine.