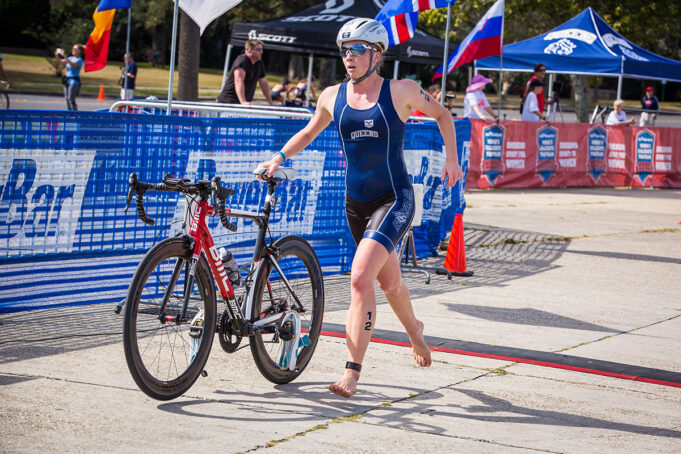 Many middle-aged men are trying to stay healthy through triathlons. Triathlons are events that combine swimming, running and cycling. It has grown very popular in the last five years,  particularly with men who are over 40.  According to a sporting goods association there are 1.2 million triathletes around the world.

The triathlon mania actually began around fifteen years ago when the sport became an event in the Atlanta Olympics. Before that triathlon was only for “Ironmen” , those who could swim 2.4 miles, ride a bike for 112 miles and run a classical 26.2 mile marathon. In the Olympics the distances became shorter and those athletes who did not want to struggle for 12 hours could also take part. A sprint triathlon can be finished in three hours.

A lot of older marathon runners have switched to the triathlon because they do not want to risk  further injuries. Your knees get worse in long distance races and swimming and cycling takes a lot of  pressure off them.

Triathlon is a flourishing sport in sportswear stores as well. They sell everything from special triathlon sunglasses to running shoes. Magazines are full of articles about triathlon, training tips and previews  of events from all over the world.

Triathlon is not really an affordable sport and many young men can’t go for  it. An ambitious athlete preparing for an “Ironman” can spend up to $20,000 a year, including training, fitness articles, wet suits, helmets and other things. A bike alone can cost up to $10,000 .

A lot of people who have started the sport do so majorly because they want to keep fit and be able to look at themselves in a mirror. Many of them just don’t want to sit around and wait till they get old. They want to do something about it.

Nigeria endure another huge blow ahead of World Cup qualifier against...