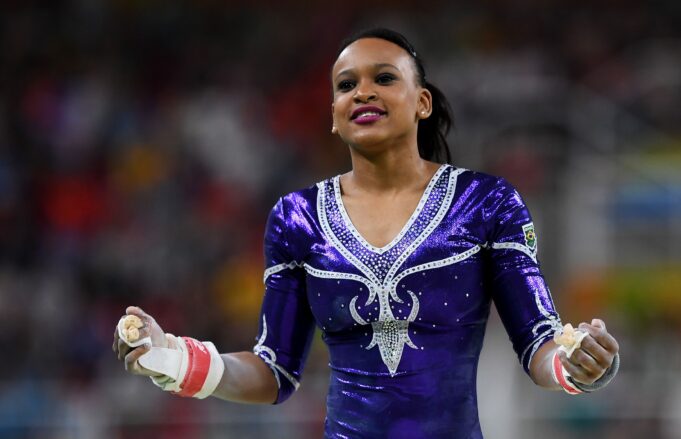 American Mykayla Skinner expresses that having Simone Biles watching on from the stands encouraged her to make the most of an unexpected Olympic chance that culminated in a silver medal.

Skinner replaced Biles in the women’s vault final after the four-time Olympic champion withdrew from that and four other events to focus on her mental health.

Biles watched on as Skinner scored 14.916 to conclude behind Brazilian gold medallist Rebeca Andrade, with Yeo Seo-Jeong of South Korea taking the bronze.

“It’s so crazy because I’m not used to seeing her in the stands, so it’s seriously cool to see her love and support,” Skinner expressed.

“I knew she was going to be the loudest one because she [was] like, ‘I want you to medal’. She’s been so amazing.

“After everything, she’s been through, it’s really cool to see how strong she’s been. I’m like, ‘How are you so strong after all of this?’ I’d be in my room bawling every single night. She’s absolutely one strong cookie, and she’s definitely inspired me in a lot of different ways.”

Biles has pulled out of Monday’s floor final but Skinner said she thought her team-mate would “likely” carry on competing but it was unclear whether she was referring to Tuesday’s beam final or more generally.

“I’m not certain, it’s kind of up to her,” she said. USA Gymnastics said Biles would make a decision about the beam final later in the week.

Biles, who arrived in Tokyo with the chance to win six gold medals, has been suffering from the “twisties”, which gymnasts describe as a kind of mental block that means that they lose the ability to orient themselves in mid-air.

Skinner added that Biles was “one strong cookie” but that the situation “has definitely hit her really hard”.

“She’s handling it better than I thought. Every day she’s been laughing, giggling, super supportive,” she added.

Biles’ absence has handed opportunities to other gymnasts like Skinner and vault champion Andrade, who became the first female Brazilian gymnast to win an Olympic gold.

There was also a first for Belgium, with Nina Derwael sealing the uneven ars title to become the first woman from her country to win Olympic gymnastics gold.

Meanwhile, Artem Dolgopyat won Israel’s first Olympics gymnastics title and only their second ever gold medal with victory in the men’s floor exercise by the slimmest of margins.

He posted a score of 14.933, the same as Spain’s Rayderley Zapata, but the Israeli won the title because his routine had a higher degree of difficulty. China’s Xiao Ruoteng took the bronze.

One of the first people to congratulate him was his country’s prime minister, Naftali Bennett, who phoned him as well as tweeting: “How we waited to see the Israeli flag raised.”

Israel’s only Olympic gold medal until now was for windsurfer Gal Fridman at Athens 2004.

The pre-competition favorite, Russian Nikita Nagornyy, went out of bounds on his opening tumble and concluded seventh.