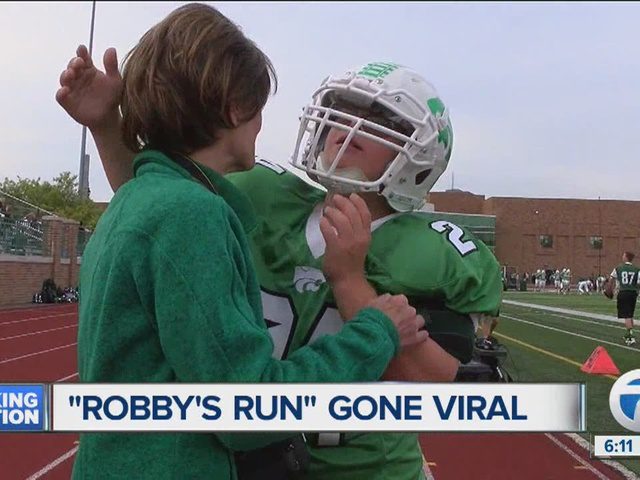 A high school senior with Down syndrome, by name Robby Heil who is the manager of his school’s football team in Novi, Michigan. In September, that team paid tribute to Heil by setting up an opportunity for him to win on the field.

According to Justin Rose of WXYZ Detroit, play was suspended during a matchup against South Lyon East. Rose entered the game, took a handoff and ran the ball into the end zone.

Robby’s mother Debbie, who is terminally ill, witnessed the moment. She said, per Rose: “I dropped to the ground because I was so emotional when I saw him make that touchdown. I’ve always been proud of him being the water boy, or as people call him the hydration manager, but this was unbelievable, he’s Rudy tonight, he’s Rudy.”