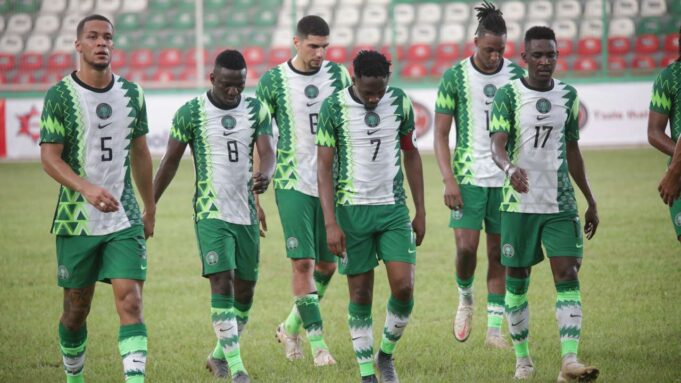 Super Eagles goalkeeper, Maduka Okoye has declared that the three-time African champions are set for the Africa Cup of Nations (AFCON).

He made this known yesterday as Nigeria and Cameroon battle it out again at the Stadion Wiener Neustadt in the second of a two-match friendly series in the Austrian capital, Vienna.

“We have taken some positives from the first match against Cameroon. We had a good game and it was unfortunate that they scored with just that one shot on target.

“However, we have shown that we are ready for the AFCON with the strength of character we showed after conceding the goal. We are ready to go for it on Tuesday (today),” he said.

In the same vein, captain Ahmed Musa has said the defeat in tomorrow’s friendly game against rivals, Cameroon is not an option.

Five-time African champions Cameroon edged the first encounter 1-0 at the same venue on Friday, courtesy of a 36th-minute strike by Andre Zambo Nguissa. The Super Eagles created chance after chance but failed to get the ball into the net.

Coach Gernot Rohr spoke at length about having to use a rash of new players in the first session, but he is compelled to do even more of that in Tuesday’s encounter following injuries to defenders William Ekong and Jamilu Collins, and the knock for pacy winger Moses Simon.

After Friday’s game, Rohr explained to the media: “We missed seven key players due to injuries, so it was not our best team, but it was good to see other players. We are not glad to lose the game, but we saw some great new young players.”

Friday’s defeat was Rohr’s debut loss to Cameroon in four matches. The Eagles pounded the Lions 4-0 in Uyo and were held 1-1 in Yaounde in 2018 FIFA World Cup qualifying matches in September 2017, and then edged the Lions 3-2 in the Round of 16 at the Africa Cup of Nations in Egypt two years ago.

Here is How Lionel Messi, The Most Expensive Soccer Player In The World Spends...