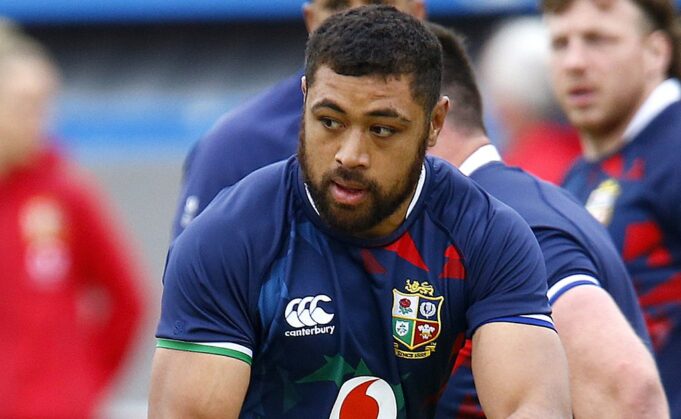 Taulupe Faletau has been called into Wales’ Six Nations team for Saturday’s game against England at Twickenham after recovering from injury.

The British and Irish Lions back-rower played 80 minutes on Saturday in his second game back for Bath after seven months out injured.

After a big defeat by Ireland, Wales revived their title defense with a victory over Scotland.

They face England away before hosting France and Italy.

Faletau made a try-scoring comeback when he played an hour against Wasps on 12 February and was on for the duration of Saturday’s loss against Leicester.

“I feel I needed a couple of games, and I’ve had that,” he said after a frustrating few months getting back to fitness.

“It was a rolling two weeks for a long time, then I would get to the end of that two weeks, I would run again and it would ping again. It was basically that for the whole time.

“I am just enjoying getting out there, whether it’s Bath or Wales. Whatever it is, I just want to enjoy the games because seven months out wasn’t fun.”

Faletau’s recall is a huge boost to Wales, who are currently without a host of big names including Alun Wyn Jones, George North, Ken Owens, and Justin Tipuric.

Faletau won the last of his 86 Wales caps almost a year ago but now has a chance of being involved at Twickenham, where Wales has not won in the Six Nations for 10 years.

He will leave Bath after six years at the end of the season and has signed for Cardiff Rugby.

Bath coach Neal Hatley has no doubt he is set to go back to the international stage.

“He is like a chameleon,” he expressed. “You put him in a level up and he just blends in.

“He has that innate ability that, whatever the quality of the players he is playing with, he is the best player on the pitch and he has done that for ages.”

Faletau has replaced Christ Tshiunza in the Wales squad after the Exeter player experienced a hamstring injury before the tournament kicked off.