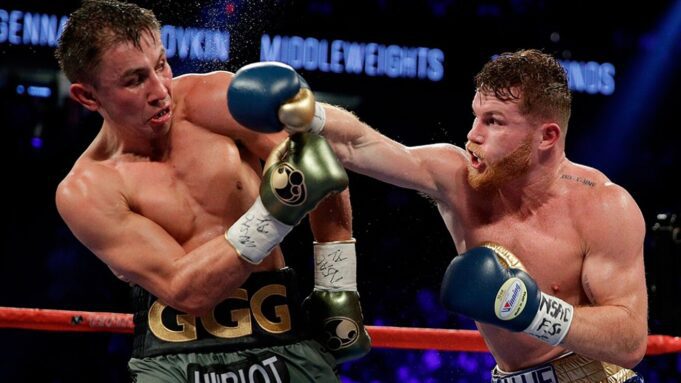 They will fight on 17 September, four years after Alvarez, 31, narrowly beat Golovkin in their rematch, with their first meeting having concluded in a draw.

Mexico’s Alvarez was in an unusually fiery mood as he reacted to Golovkin, 40, saying he had been avoiding him.

“He’s talking a lot of things about me. That’s why it’s personal,” he stated.

“He always talks about how I’m scared, I’m running away when I’m fighting the best guys out there and he’s fighting with Class D fighters,” added the Mexican.

Kazakhstan’s Golovkin will challenge Alvarez for his WBA (Super), WBC, IBF, WBO and The Ring super-middleweight titles after the first two fights were at middleweight.

Golovkin, the current WBA and IBF middleweight champion, refused to answer any “provocative” questions about his rival, but Alvarez said he wanted to send his opponent into retirement with a knockout.

“He always pretends to be a nice guy, like in front of people,” Alvarez mentioned.