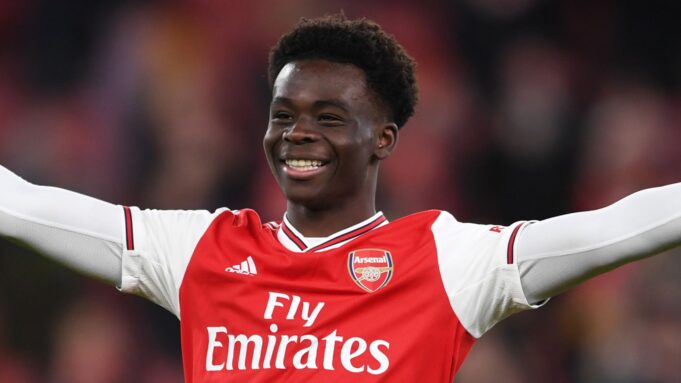 Bukayo Saka has capped a dream week by being named Arsenal’s Player of the Season.

Saka began the week by being named in England’s Euro 2020 squad on Tuesday, making the final 26-man cut for this summer’s tournament despite stiff competition.

On the same day, they also nominated Saka for Premier League Young Player of the Season following an impressive 2020/21 campaign with Arsenal.

On Wednesday, it got even better for Saka as he started for England in their Euro 2020 warm-up friendly against Austria, scoring his first senior international goal to earn a 1-0 victory at the Riverside Stadium.

They also nominated Saka for the PFA’s Young Player of the Season award the same day, while on Friday the 19-year-old was named Arsenal’s Player of the Season. Arsenal fans voted for the award, with 51 percent opting for Saka – with second-best Nicolas Pepe way back on 15 percent.

Speaking after his match-winning goal on Wednesday, Saka showed he was nervous when first making the step up but is now feeling at home among England’s elite.

“Yes, maybe I did when I first came in,” he replied when inquired if he felt star-struck being involved with England.

“But now I’ve met the lads, I am more familiar with them. Things are much easier and I feel more at home when I come to camp.

“The feeling of being chosen for the Euros is actually amazing and then now to get my first goal is even better.