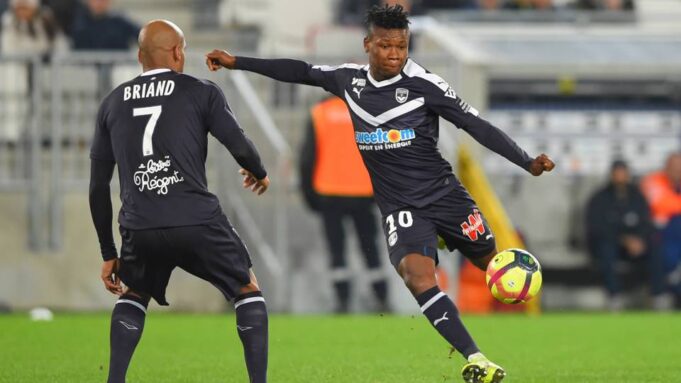 The Nigerian 23-year-old striker received instant medical attention after landing on the floor in the sixth minute.

He left the pitch minutes later holding an ice pack against his head.

Kalu recommenced playing after getting treatment but was substituted after he looked dazed.

“It gave us a bit of a chill and it’s still quite surprising,” stated Oudin, who replaced him in the 14th minute.

Players from both teams created a wall around Kalu as he was receiving medical treatment.

“According to the doctor, it was just a dizzy spell,” he added at full-time, having scored Bordeaux’s equalizer as they fought back from two goals down to earn a draw.

“We’re super excited for Kalu, all is well, and that’s the crucial thing,” Oudin expressed.

“We unavoidably thought about what occurred with (Denmark midfielder Christian) Eriksen, the entire team, and everyone was scared.”

Ex Tottenham playmaker Eriksen fainted in June when he experienced a cardiac arrest in the first half of Denmark’s Euro 2020 match against Finland.