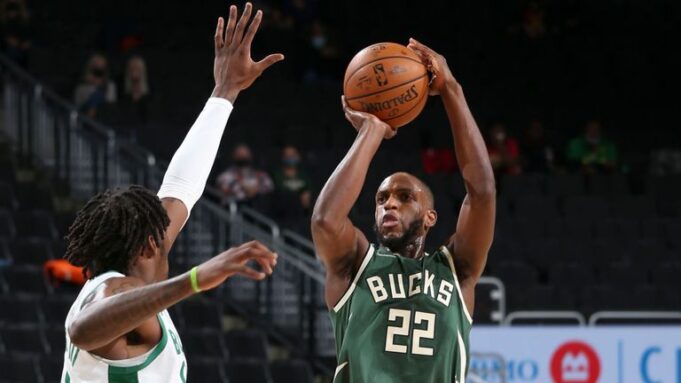 Khris Middleton earned a season-high 44 points as the Milwaukee Bucks beat the Phoenix Suns and extended their winning streak to four in a row.

Jrue Holiday also added 24 points and nine assists as the Bucks went 12-1 in the fourth quarter.

“We know what it takes, particularly in moments like that, to win games,” Holiday stated.

The Bucks are third in the Eastern Conference, while the Suns are still top of the West.

Tatum scored 34 points in the second half alongside five rebounds and three assists as the Celtics claimed their 14th victory from their past 16 games.

It is the fourth time in his career that Tatum has scored 50 or more points.

“These are the kinds of moments that as a kid, you dreamed about and looked forward to,” Tatum expressed.

The New York Knicks broke a seven-game losing streak with a 116-93 win over the Los Angeles Clippers, while the Utah Jazz beat the Oklahoma City Thunder 116-103.