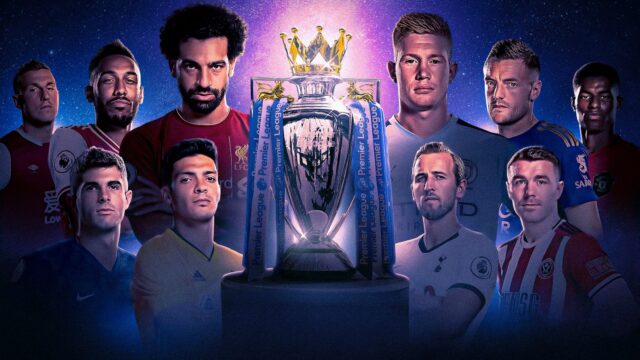 Currently, when Paul Pogba removed a bottle of Heineken from the table at a news conference, it drew the public attention.

Drinking, promoting, or advertising alcohol is forbidden in Islam and as a devout Muslim, Pogba may have felt the necessity to distance himself from the situation, but should he have been put in that position in the first place?

Saturday sees the official launch of a historic “first of its kind” Muslim athletes’ charter – an idea devised by Rahman, who previously worked for the Football Association.

The charter seeks to “challenge organizations” to make progress in supporting Muslim athletes and women, with signatories pledging to “create positive change”.

There are 10 points contained within the charter, such as non-consumption of alcohol, including during celebrations, the provision of right places to pray, halal food, and being permitted to fast in Ramadan.

“Having worked in sport, I am well aware of the issues being able to practice my religion,” Rahman told BBC Sport.

“After speaking extensively to athletes and clubs, we felt it was the right time to have a Muslim athlete charter in place in the UK. We believe it is the first and only one of its kind.

“Clubs and organizations are joining a positive movement of solidarity, equality, and recognition of the contribution Muslims make at their respective clubs and teams.”

Nujum calculates there are about 250 Muslim players in the first teams and academies across the top four leagues of English football.

Even before its release, five Premier League clubs and a further 15 from the EFL have pledged to support the charter.

Campaigners Kick it Out and the Football Supporters’ Association have also given their backing.

A Brentford spokesman told BBC Sport: “Muslims are the second-largest faith community in the UK and the fastest-growing, with around 70 Muslim players at Premier League clubs.

“Assisting clubs to support those players to be themselves both at home and at work is invaluable. This charter and the support that goes with it is something that is needed and will be welcomed by clubs.”

A Watford spokesperson said the club were “excited” at continuing their partnership with Nujum, adding: “We feel this charter will be a huge benefit to us in the support our first team, women’s team and academy players.”

Nujum supports athletes with day-to-day practical requirements as well as on a spiritual basis, and individuals are provided access to Islamic scholars for any questions or assistance needed on their faith.

The organisation also sent out gift packs to all 92 clubs during Ramadan, with recipient Ayoub Assal – a 19-year-old midfielder at League One side AFC Wimbledon – calling the charter “a gamechanger”.

Assal, who scored four goals in 16 first-team games during his breakthrough campaign last term, told BBC Sport: “Being a Muslim, your lifestyle is different. You have obligations like the five daily prayers within a certain time frame, and there are some things you can’t do like going out to drink.

“The charter will be very helpful because it guarantees Muslim athletes what their rights are. They will get halal food, they don’t have to think twice about going to the canteen and wondering what to eat, which is crucial.

“Religion for us is crucial, it is bigger than this world that we live in.”

West Ham midfielder Hawa Cissoko says she received full support in her time at a club where she is “loved”, but feels “happier and more strong” at being empowered by the charter.

“I feel now I have a community that supports me, I don’t feel alone,” she told BBC Sport.

“Through Nujum I found a friend in jockey Khadijah Mellah, and it is helpful to know there are a lot of Muslim athletes that we can share our experiences with. It is nice to speak with people about how they live and how they feel.

“Being a Muslim you have to send the right message to the people. I am standing up for everyone. When I am in the changing room, they don’t see me – they see all Muslims.

“I have to be a nice girl all the time and be the best I can be.”