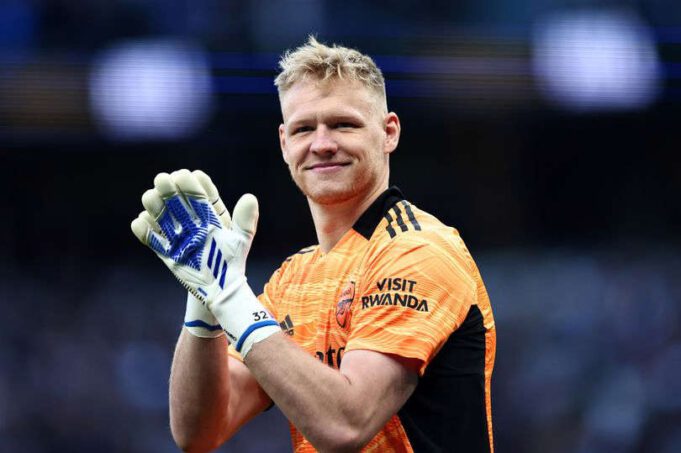 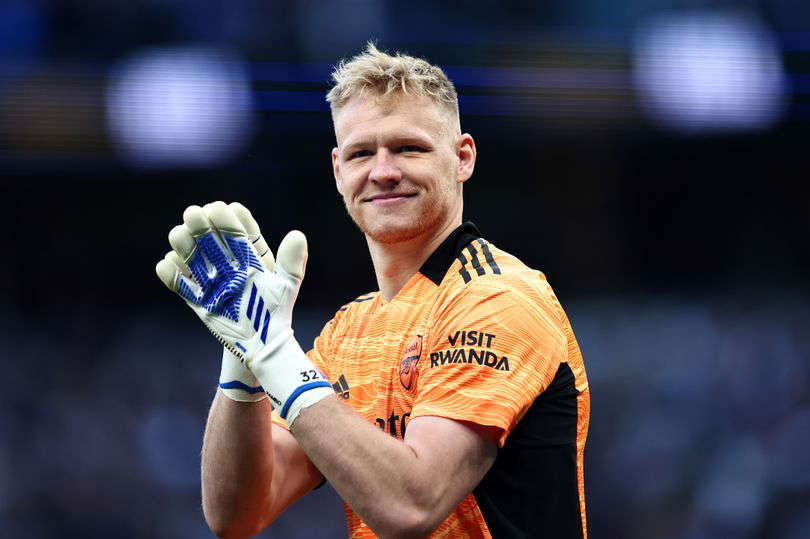 Mason Mount has labelled Aaron Ramsdale’s FIFA 22 rating as a “disgrace” after the goalkeeper was downgraded from a 75 to a 74 following his move to Arsenal.

The 24-year-old made the big-money switch to the Gunners last summer for a fee in the region of £24million from Sheffield United. It was a signing that received some criticism at the time, but Ramsdale proved the doubters wrong as he quickly became Arsenal’s No.1, replacing Bernd Leno as first choice.

Ramsdale kept 12 clean sheets in 34 league appearances last season and was pivotal as Arsenal mounted a Champions League push but missed out to Tottenham on the final day. He made a number of vital saves when Arsenal needed him most, with his performance against Manchester United at home a standout.

However, the rating was decided after Ramsdale was relegated with the Blades in 2020/21. The shot-stopper conceded 63 goals in 38 Premier League games as Sheffield United finished 20th in their second successive top-flight campaign after winning promotion in 2019.

Despite being part of a relegated side, Ramsdale impressed and was one of the Blades’ best performers throughout the campaign. However, the former Bournemouth goalkeeper was still downgraded from a gold to a silver card on FIFA – a decision that Mount could not get over.

Ramsdale said, via England’s YouTube channel: “How have I gone from a gold to a silver?!” Mount replied: “That right there is a disgrace, Aaron worked hard for the whole season, he got better and better. Yes, he may have got relegated but he got better as a person and as a player. I’m done!”

Ramsdale can be sure he will receive a higher rating on FIFA 23 after his string of impressive performances for the Gunners last season.

Did Aaron Ramsdale deserve a higher rating than 74? Let us know in the comments below!

In an interview with the Evening Standard earlier this month, Ramsdale reflected on his time at Arsenal so far and the reaction he received when joining from the Blades. “At the very start it was difficult. I had a lot of negativity around the signing, with idiots online saying don’t sign,” Ramsdale said.

“Not necessarily death threats but threats saying: ‘We know where you live’ and things like that. Trying to scare me. Quite quickly I turned all that stuff off. Social media for me is a place to communicate with my friends and with the fans as well, but with limits on who can actually reach me.”

He added: “You are just setting yourself up for a downfall. As much as I love the fans, they don’t really have an opinion on what we do on the pitch. The people I need to impress, like I said, are the manager, the coaching staff and ultimately my team-mates. If I have their trust, then I’ll have the fans’ trust as well.”