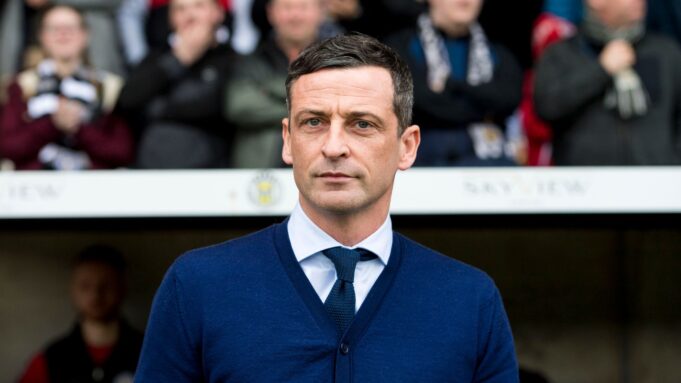 After a 3-2 win at Fir Park, Ross said: “He’s still a Hibs player and it’s not impossible that he’ll still be a Hibs player come the end of the window.

“Certainly how things have developed over the past few days, it looks much more likely that he’ll leave, and if he does so it will be a fantastic move for him and good value for us as a club.

“Preferably, for me as a manager, you want those things to happen much sooner than in the past couple of days but you’ve got to deal with the issues it creates and find a solution.

“It’s been a very tough few days for him as he’s only 19 and it’s a novel experience for him.

“We’ll see him again tomorrow (Monday) and we’ll go from there. Right now, it looks much more likely that he’ll be going soon.

“There are two clubs definitely interested and whether any more come to the table on the back of this, I don’t know.

“At the moment he has good options. It’s thoroughly deserved because of what he’s done here.

“If it happens it’s a great reflection on us improving him in a short period of time, making him better, and getting him to a level that he’s highly sorted for to those types of clubs.”