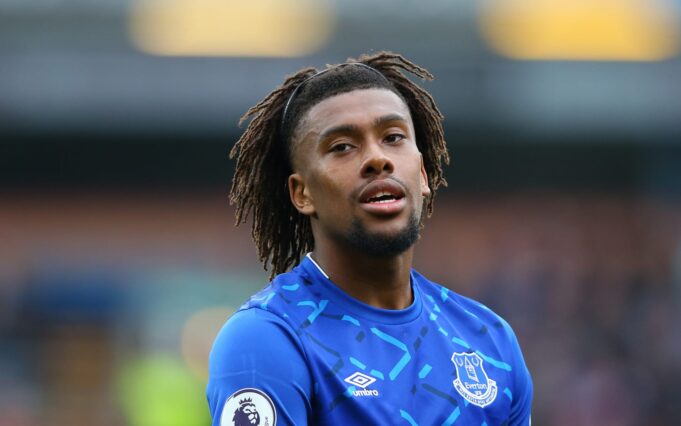 Alex Iwobi made known his desire to make a name for himself and to shake off the ‘youngster’ tag at Arsenal propelled him to join Everton.

Iwobi became part of the Goodison Park outfit on a five-year deal for a fee of an initial £28 million, which could rise to £34 million with potential add-ons.

Liverpool attacker Mane ‘set’ to start against Chelsea in Super Cup showdown
Talented Iwobi will develop quicker at Everton – Yobo
Alex Iwobi: New Everton recruit lacks ‘quality’ – Bent
Pierre-Emerick Aubameyang: Tactical analysis – Arsenal vs Newcastle
The winger started in the Gunners academy before breaking into the first team, where he went on to make 149 senior appearances for the side, scoring 15 goals.

The Nigeria international, who was a devoted member of Unai Emery’s squad last season, has raised the lid behind leaving the club where he grew from a boy to a man.

“I spoke to the manager and Marcel [Brands] and they almost lured me in,” Iwobi told Everton TV.

“The offer was too attractive for me to turn down. The manager was telling me, ‘There is a spot for you, we will take care of you’. Primarily, all the things you want to hear as a player.

“I always had that youngster tag at Arsenal, so hopefully with this move I am able to make a name for myself in the Premier League and create history with Everton.”

The forward also lauded the other summer signings by the Toffees and hopes manager Marco Silva will assist them to achieve great success with the club.

“It is amazing times for Everton. I was competent to look at the transfers and players they have brought in – some great talent,” he continued.

“It is not just me. There were quality players here before [the summer] and they are still here. The manager has worked with Richarlison for a long while and made a name for him.

UEFA declares the removing of away goals rule in all European...