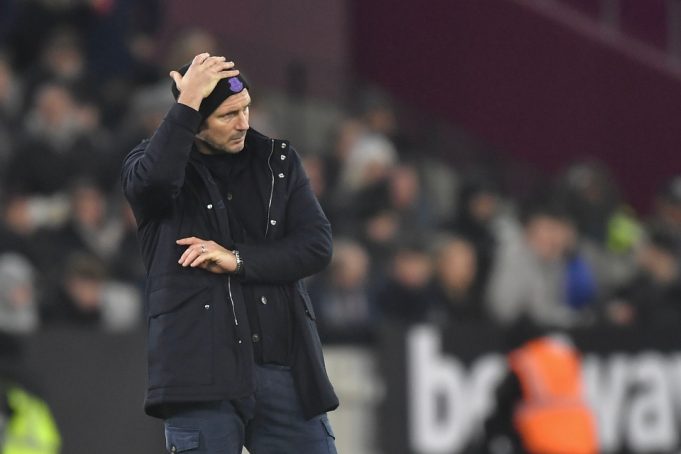 I absolutely don’t fear, I’m proud’ – Everton boss Frank Lampard not worried about the prospect of axing following Everton’s defeat to West Ham as he apologises to fans after just five players applaud the Toffees supporters at London Stadium

Frank Lampard has insisted he is not fearing the sack at Everton following their 2-0 defeat away at West Ham on Saturday.

The Toffees boss is under huge pressure with the Merseyside outfit sitting in 19th spot and without a Premier League win in their last seven games.

Hammers fans chanted ‘you’re getting sacked in the morning’ towards their former academy graduate with Everton in real danger of being relegated.

But Lampard has declared he isn’t thinking about the prospect of being axed, despite the club’s shocking form.

Speaking after the disappointing defeat about whether he fears for his job, the ex-Chelsea boss said: “I absolutely don’t fear, I’m proud to do the job.

“I never get that far down the line to fear, I just do my job, I get up every day and think how we can get a little bit better, it’s as simple as that.”

Following the full-time whistle, only five players went over to the travelling Toffees supporters in the away end at the London Stadium to applaud them.

Lampard was asked why the rest of the squad chose to go down the tunnel, to which he remarked: “It’s a tough moment.

‘Such a touching experience for me’ – Ukraine’s Yarmolenko scores as West Ham defeats...