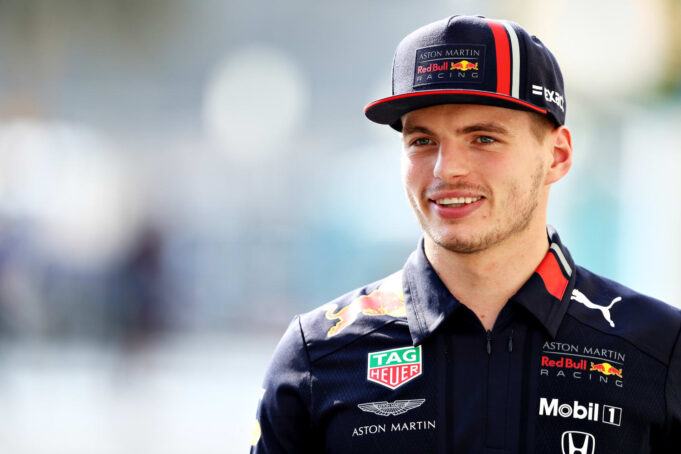 Formula 1 officials have turned down Mercedes’ request for a review of Max Verstappen’s driving in the course of the Sao Paulo Grand Prix.

Stewards in Brazil ruled that there was no inspection needed after Verstappen appeared to force Lewis Hamilton’s Mercedes wide.

Mercedes had asked for the review because onboard camera footage from both cars had not been available when stewards made their decision not to investigate during the race.

The incident in question happened on lap 48 of the Sao Paulo Grand Prix at Interlagos.

Hamilton tried to overtake Verstappen around the outside of Turn Four but the Red Bull driver ran wide and both ended up off the track in the run-off area.

The Mercedes driver passed Verstappen 11 laps later and won, cutting his deficit to the Dutchman in the championship to 14 points.

The Brazilian Grand Prix stewards were reconvened to hear Mercedes’ request for a “right of review”.

They determined that the onboard camera footage met the tests required of it being “new”, “unavailable at the time of the decision” and “relevant” but they said it was not “significant”.

The ruling said: “There is nothing in the footage that primarily changes the facts. Nor even does this show anything that wasn’t considered by the stewards at the time.”

Mercedes F1 boss Toto Wolff said the verdict was “absolutely expected” and that the team had succeeded in their aim of raising the matter as a point of discussion in the context of the intense title fight between the two drivers in the final three races of the season.

“It is more about the principle and the philosophy,” Wolff said. “If it stays that way, it means overtaking from the outside is pretty much not possible anymore because the inside controls the corner absolutely. You can see some of the drivers have expressed the same opinion.

“It is really important to comprehend what’s on and what’s not on because we don’t want this championship to be decided by a controversial situation that ends up in the stewards’ room. That’s why now is the time to clarify the rules.”

On Thursday, Ferrari’s Charles Leclerc made the same point, saying: “If this is permitted then overtaking on the outside is going to be very hard.”

The drivers are expected to discuss the issue at their briefing with race director Michael Masi later on Friday.

The F1 rules say: “Manoeuvres liable to hinder other drivers, such as deliberate crowding of a car beyond the edge of the track or any other abnormal change of direction, are strictly not allowed.”

Horner added in a news conference on Friday alongside Wolff that Red Bull had questions about the legality of Mercedes’ rear wing, which they believe is flexing on the straights and giving a speed advantage.

He refused to rule out making a protest against the Mercedes at one of the remaining races.

“We just want to ensure these cars are being scrupulously policed and are in full compliance,” Horner stated.

“If we believe the car is not in compliance, we will protest. The straight-line speeds we saw in Brazil, anyone can see was not a normal situation.

“When you see marks on wings that have been marking up from flexing, it’s very clear what has been going on. You protest if you believe a competitor is not complying with the rules.”

Wolff denied that the wing was illegal, said the wing had been inspected by the FIA and that “there is nothing on it that Red Bull expects there to be”.

Horner confronted Wolff to describe how he could describe the scuff marks on the rear wing end-plate.

Wolff mentioned that any movement was within the compliance permitted in the rules.