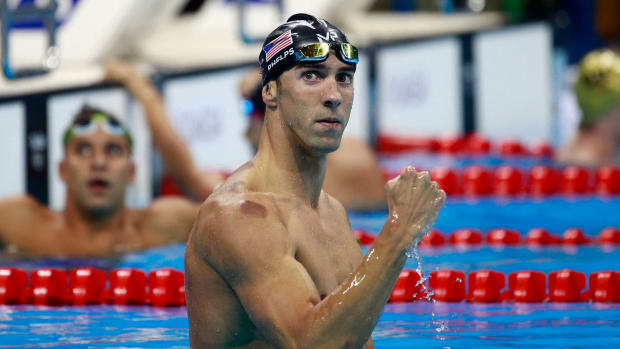 Michael Phelps, the most famous swimmer in the world, ended his career after his last coming to the Olympic Games in Rio de Janeiro. He won a total of 28 Olympic medals, 23 of them in gold. In the 2008 Beijing games he broke Mark Spitz’s legendary record, winning 8 gold medals at a single Olympics.

In the 2016 Olympic Games, Phelps received 5 gold medals and one in silver. His last competition was the butterfly leg in the 4X100m men’s relay, After the event Michael Phelps, at the age of 31,  announced the end of his so successful career. The American swimmer came back from retirement after the 2012 Olympics in London. In Rio, he was chosen to lead America’s Olympic team into the stadium and carry the flag.

Born in Baltimore, Michael was the youngest of three children.  He started swimming at the age of 7. By the time he reached 10 he had actually held a national record for swimmers of his age in the 100 meter butterfly event. In 2000 he became the youngest male to join the US Olympic swimming team in 68 years. At his first games in Sydney, Phelps finished fifth in the 200m butterfly event. In the following years Phelps dominated the swimming world. He competed in 6 single events, including butterfly, freestyle and backstroke as well as the medley races. Phelps not only became the world’s best swimmer, but also inspired other Americans . At the Rio games, the United States was the world’s most successful swimming nation.

Eventhough rival Ryan Lochte and other swimmers predict that Phelps might be back for the 2020 games in Tokyo, the swimming superstar said that this was his last goodbye. Now, Michael Phelps wants to spend more time working with his foundation, which he created after the Beijing Olympics to make swimming more popular among young people. He also needs more time with his family.

Forget About Chelsea, I’ll Prove My Worth In Real Madrid in Another Season –...