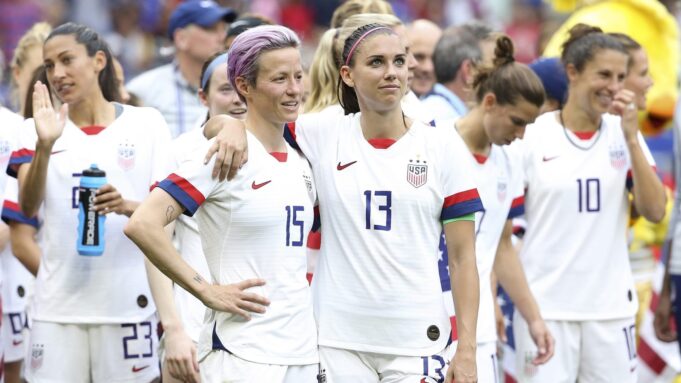 After seeing the  finals  of the FIFA Women’s World Cup and Japan’s victory  over the United States there is one major question that comes up: What’s the difference between men’s and women’s soccer?

Famous sports people have found out that woman’s soccer games are smoother and the game is not interrupted as often as with men. There are lesser injuries and fouled players get up more faster than men, who often fake  injuries and stall  for time. Women are more sincere  when they play soccer. There is no cursing and pushing around.

Women’s soccer matches tend to be slower. Because their lungs are smaller than men’s a smaller amount of oxygen can get into the blood and the lungs. Thus, women cannot play as fast as men over a long period of time.  Because both men’s and women’s soccer games are 90 minutes long women are likely to get tired sooner. A recent study  also shows that men activate different muscles and their hips during a game.

There are other differences as well. Because women are, on average ,smaller than men, they have more space on the field and more room for attacking . Female defenders cannot defend the whole  penalty area . The result is that more goals are scored in women’s games than in men’s.

Women’s soccer has improved  technically over the past years. The handling of the ball and dribbling  has become much better. Passes are more precise too.

Forget About Chelsea, I’ll Prove My Worth In Real Madrid in Another Season –...