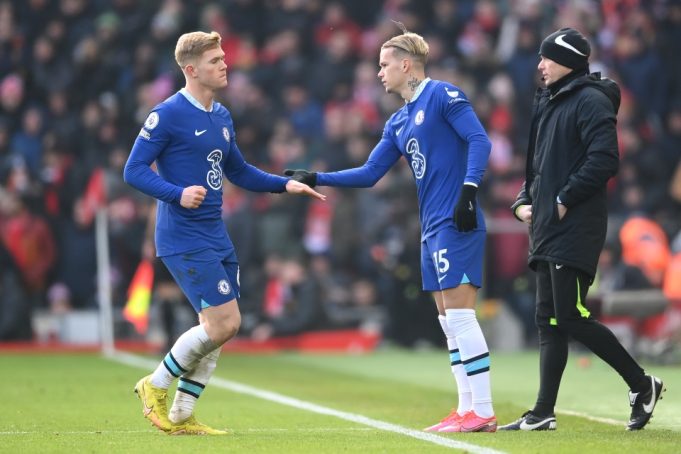 Mykhailo Mudryk made a great first impression on Chelsea as he debuted in the 0-0 draw against Liverpool.

The 22-year-old signed for the Blues last weekend in an £89million move from Shakhtar Donetsk as their fifth signing of the January transfer window.

He was heavily linked with a transfer to Arsenal, but the winger instead chose to move to Stamford Bridge.

Mudryk made his first appearance for the club on Saturday against Liverpool, coming off the bench in the 55th minute for Lewis Hall.

Despite being on the pitch for a short space of time, he very nearly got his first goal for the club.

Mudryk danced between the Liverpool defenders with some neat footwork, but could only send his effort into the side netting.

He then showed his immense pace against James Milner, who was booked for a late foul on the Ukrainian.

talkSPORT’s Stuart Pearce was impressed with what he saw from the youngster: “Tell you what, that’s electric pace by Mudryk.