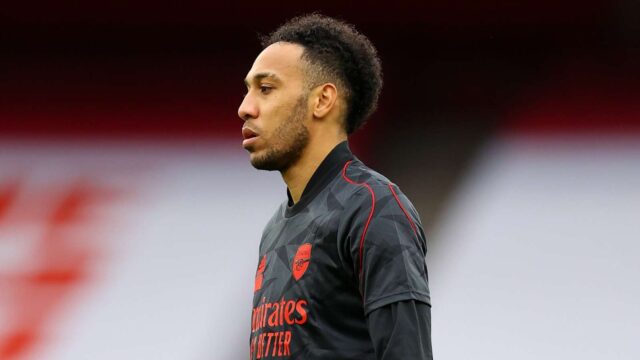 Mikel Arteta risks losing the respect of his Arsenal squad if underperforming Pierre-Emerick Aubameyang is not dropped says Martin Keown, with the Gunners boss being urged to bring Gabriel Martinelli back in from the cold.

Another uninspiring performance was delivered by the north London heavyweights last time out, with Liverpool leaving Emirates Stadium with a comfortable 3-0 win.

Aubameyang offered little in that contest, and Keown believes big decisions now need to be taken with the club captain and the Brazilian teenager.

What has been said?
Former Gunners defender Keown told the Daily Mail: “Arteta has a big decision to make on his captain. He set an example by dropping Pierre-Emerick Aubameyang for the north London derby recently. Aubameyang was supposed to start against Spurs but turned up late and was pulled.

“Should Arteta not be dropping him for performing as poorly as he did against Liverpool? If he sticks with him, he risks losing the respect of the group.

“It’s time to bring in 19-year-old Gabriel Martinelli. He is too good to be sitting on the bench. His team-mates see him in training and know what he can do. They will be baffled by his continued absence. I know I am.

“Use him on the left. Use Martinelli’s fellow 19-year-old Bukayo Saka on the right. Start Emile Smith Rowe. Then you’ll have a team who can pose problems for the opposition. There were too many passengers against Liverpool.

“They had Aubameyang on the left, Alexandre Lacazette central and Nicolas Pepe on the right – three club-record signings – but they missed the energy and drive of Smith Rowe and Saka.

“There is no time for Arsenal’s players to feel sorry for themselves. They need to bounce back against a Prague side who have knocked Leicester and Rangers out of the Europa League.

“Arteta has big decisions to make – ones he needs to get right.”

Aubameyang’s form in 2020-21
The Gabonese frontman committed to a lucrative new contract early on in the current campaign, but has offered little return on that show of faith. He has found the target on 14 occasions this season, but more was expected from the 31-year-old frontman who has drawn a blank in his last four appearances.

What about Martinelli?
The promising South American enjoyed a productive debut campaign with the Gunners in 2019-20 before being cut down by injury.

Article continues below
Shaking off knocks has proved difficult, but the 19-year-old is now ready to go.

Arteta has opted against giving the youngster regular game time with his last start coming against Manchester United on January 30 – when he was hauled off at half-time.