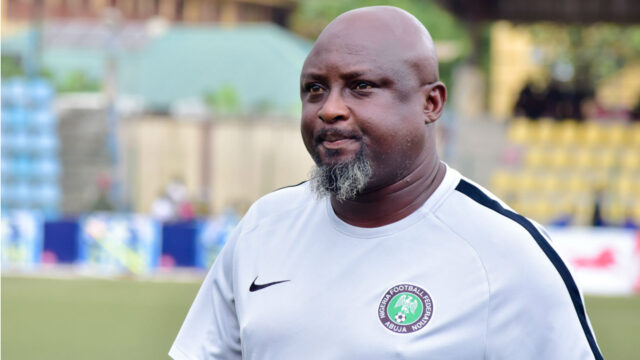 After guiding the Promise Keepers to win their maiden Nigerian top-flight title, the tactician is aiming to lead the team to a fruitful outing in Africa

Encouraged by a Charles Atshimene hat-trick, the Uyo-based outfit mauled MFM 5-2 at the Godswill Akpabio Stadium to complete their NPFL title wait with a game to spare.

While reveling in Akwa’s historic feat, Boboye claims his next aim is to lead the team to a successful outing when the African club tournament starts.

“It feels good winning the Nigeria Professional Football League title with Akwa United. That is a substantial reward for our hard work and consistency,” Boboye told Goal.

“This trophy is for the Akwa Ibom state governor Mr. Udom Emmanuel, the commissioner for youths and sports Monday Uko, and our amiable chairman Paul Bassey for their supports since I was appointed as head coach of this great team.

“I will not forget to appreciate the contributions of my technical crew and players because, without them, this feat would have not been possible.

“I’m the happiest man in the world at the moment because, at the start of the season, no one gave us a chance, but with a game left, we have emerged as champions of one of the biggest leagues in Africa.

“All celebrations are on hold for now because we have begun preparations for our game against Lobi Stars.

“Even though the result is unimportant, we are hoping to end the 2020-21 campaign on a winning note.

“Having won the NPFL title for the very first time, our next target is to showcase Nigeria well in next year’s Caf Champions League.

“Aiming for the African crown is a tall dream, but we are hoping to give a great account of ourselves and also to show everyone that we are notable champions of Nigeria.

“Shortly after the end of this campaign, we will have a brief rest before commencing preparations for the Caf Champions League with full force.”