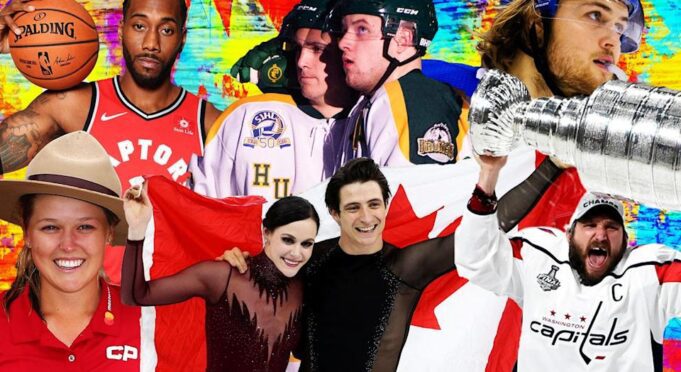 Below are the most popular sport types that are played in Canada.
There are many things that make these sports unique and fun. The country’s great climate, a strong economy, low crime rate, and its proximity to the US make it one of the best places to visit or live in. But Canada’s description cannot be complete without mentioning the wide variety of games that are enjoyed by thousands of spectators in the country. Canadians appreciate many sporting contests not just for fun but also as a means of bulding the country’s unity.

Lacrosse was endorsed a national game of Canada in 1859 and a summer sport in 1994. It is played by thousands of people across Canada. Lacrosse is governed by the Canadian Lacrosse Association formed in 1925. The body conducts senior and junior championship tournament in both the field and box lacrosse. There are two professional lacrosse leagues in the country, the National Lacrosse League for the box lacrosse league and the Major League Lacrosse for the field lacrosse league. Canada beat the US 15-10 in the finals of the 2006 World Lacrosse Championship breaking a 28-year US winning streak.

Hockey is an all-year-round sport in Canada at all levels. The modern ice hockey in Canada started in the 19th century and is country’s popular pastime with involvement from across the ages. Some of the popular trophies for the national championships in the country include the Memorial Cup and the Allan Cup for the junior and senior men accordingly. There are also divisional championships in the country at large. Hockey’s governing body is the Hockey Canada, which is also a member of the International Ice Hockey Federation. The Canadian Hockey National Team for men competes in international tournaments like Olympics.

Although Canada is not sanctioned to get involved in test matches, the national team is permitted to get involved in One Day International Matches. The country has had a very competitive women’s cricket team and the U-19 that has taken part in three U-19 World Cup events. The senior men’s team has also competed in three Cricket World Cup events. Cricket in Canada is governed by the Cricket Canada, founded in 1892. The body organizes domestic inter-provincial games and has also made known the Scotia Shield U-19 and the National T20 Championship domestic competitions.

There are other amazing sports that canadians play that I will be sharing with you in the next series(i.e series 2)of this topic.